Point of Interest in Treviso

Street market of antiques and collecting

Whether for an afternoon stroll or for a long weekend, Treviso offers travelers and tourists a wide choice of places to visit and explore.

The city of Treviso is a fascinating piece of art. Surrounded by the still well-preserved city walls and crossed by the three canals Cagnan, Sile and Botteniga, the small lanes as well as the numerous ancient houses and the frescoed façades give a very special charm. Treviso is called urbs picta since it was used to freshen up civilian and military homes. Even today you can admire several frescoes, scattered in cities, dating medieval and renaissance times. Remember that Treviso is the hometown of the Renaissance painter Paris Bordon, a student of Titian, who left traces of his work in the Cathedral of St. Peter. In addition to the main square and the religious buildings, there is an island of fisheries, where the fish market is held and countless glimpses of tranquility, scattered all over the city, enchanting visitors. The center of Treviso is the place to go for a walk. Source: https://www.zainoo.com/it/guida-italia/veneto/treviso/cosa-vedere-treviso/2 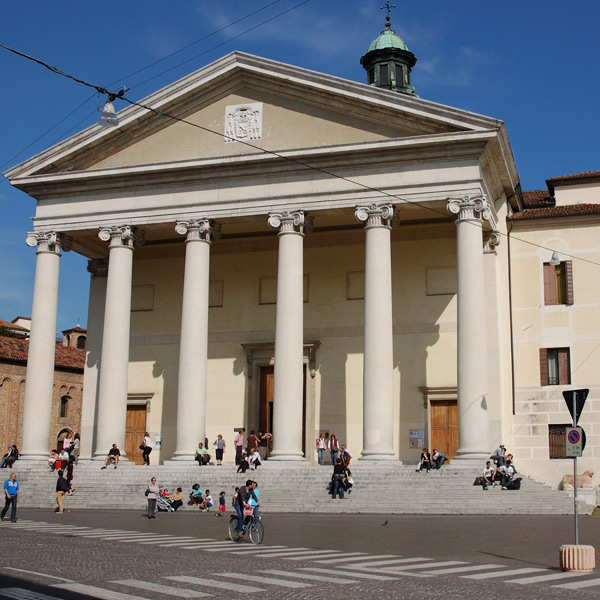 Dedicated to St. Peter's Apostle and built on early Christian buildings, the first references to its construction date back to the 12th century. Around the XI-XI century, the cathedral had great Romanesque forms, of which the Cryptus still witnesses. At the left of the main altar, stands the Malchiostro Chapel of 1520, which houses a famous Annunciation of the Titian and works by Francesco Bassano and Antonio Zanchi . Source: http://www.trevisotoday.it/blog/architetture-religiose-duomo-treviso-febbraio-2016.html 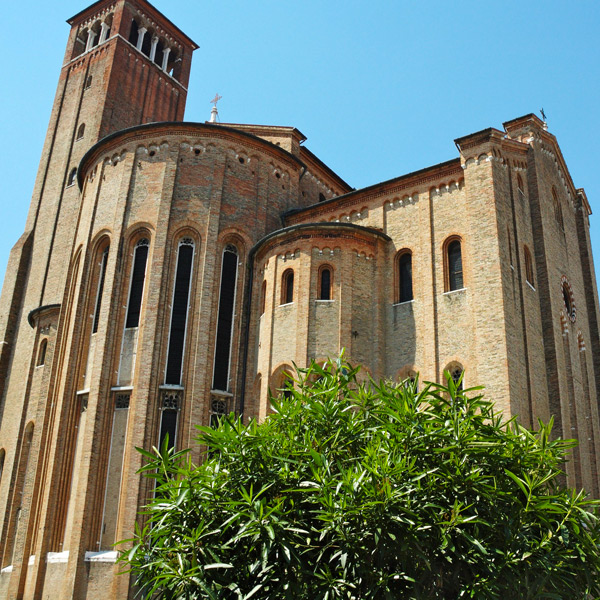 The Church of San Nicolò was built in the early '300 by the Dominicans. It is the largest religious building in Treviso, it has simple shapes, but stretched upward. Inside, you can admire a cycle of frescoes in the center of which there is a Crucifixion that dates back to 1250. The precious cycle of frescoes is found in the Chapter Room of the former convent of San Nicolòe is due to Tomaso da Modena. It represents forty illustrious characters of the Dominican Order. Appointed in 1351, Tomaso completed the work in about a year, exactly in 1352, as evidenced by the inscription, unfortunately now very ruined, posted, once entered the room, on the right side of the portal where there is also the name of the artist. 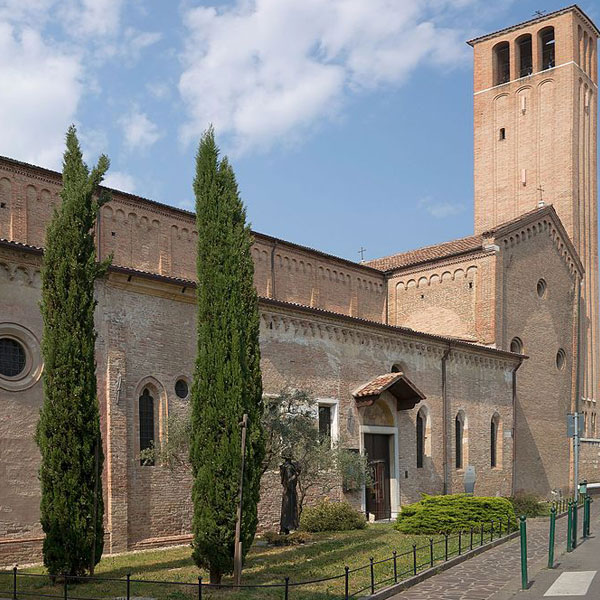 Together with the temple of St. Nicolò, it is one of the most beautiful churches in Treviso. Built in the 1270s by the Friars of St. Francis in an area where for a long time they had a chapel dedicated to the Virgin, is characterized by Romanesque elements demonstrating that the church was completed before Gothic fashion took over the place. Originally the church was on a Latin cross. In 1806 it was deconsacrated, due to Napoleonic laws, and used as a stable. On 4th October 1928, on the day of the feast of St. Francis, the church was entrusted to the Conventual Minor Fathers and reconsecrated. From the frescoes by Tomaso da Modena and its collaborators, the burial monument of Pietro Alighieri and the tombstone of Francesca Petrarch. Source: https://www.tripadvisor.it/ShowUserReviews-g187869-d4606749-r442922639-Chiesa_di_San_Francesco-Treviso_Province_of_Treviso_Veneto.html#REVIEWS
foto: https://it.wikipedia.org/wiki/Chiesa_di_San_Francesco_(Treviso)#/media/File:Chiesa_Convento_San_Francesco_Treviso.jpg 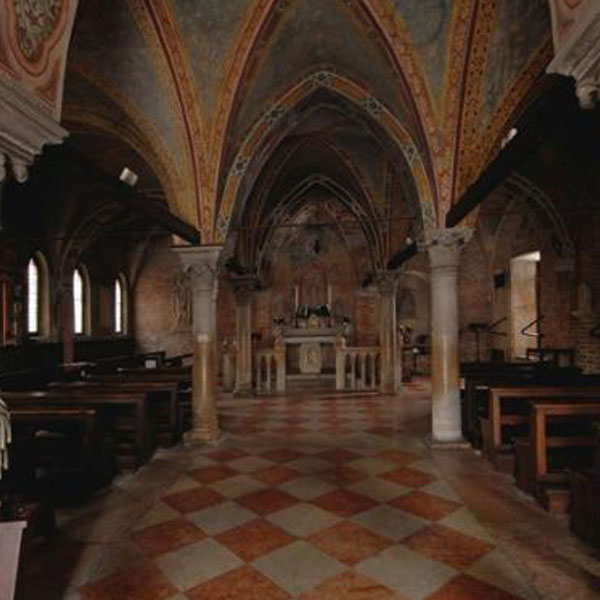 The Church of Santa Maria delle Carceri rises close to San Vito in the place where the city jail was destroyed by a fire in 1354. A document of 1355 testifies the existence of the new religious building accessed by the axis Pedestrian that, through the passage or "face" opened between the Domus Minor Comunis and the Podestà Palace, communicated the two attendant squares of the Lords and the Pescheria. The sixteenth-century transformation of San Vito conquered Santa Maria delle Carceri by reducing it to the sacristy; Today it is possible to recognize the ancient entrance gate, preceded by five steps, on the wall to the right of the main altar of Santa Lucia. Source: http://www.santaluciatreviso.it/?page_id=144
photo: https://www.tripadvisor.it/LocationPhotoDirectLink-g187869-d2733047-i120944937-Chiesa_di_Santa_Lucia-Treviso_Province_of_Treviso_Veneto.html 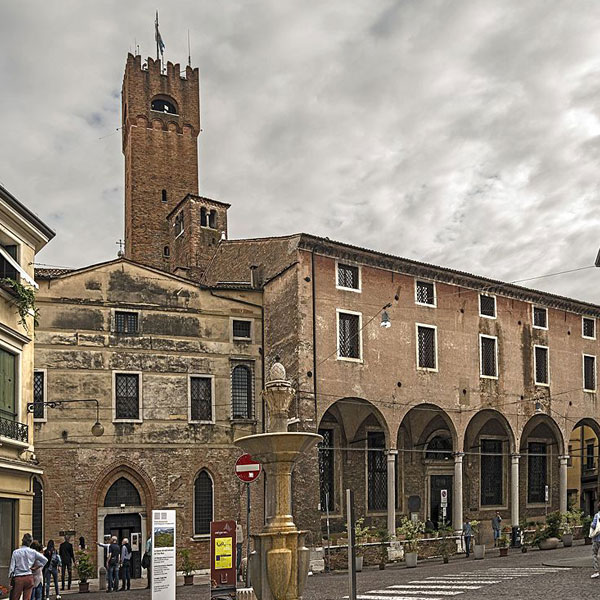 At the end of the 14th century a new Public Palace was built near the aisle wall of the Church of San Vito and the contiguous Church of Santa Maria delle Carceri. On the first floor of the impressive building there was the meeting room for the Council of the community, while the lower floor was the only compartment divided into three irregular naves, the narrowest center of the side, with four crowned deck openings. A great sign of divine benevolence, this space was consecrated in honor of St. Lucia on 13 December 1389, a perpetual memory of the day when the government of the Republic of Venice settled in the city of Treviso. Source: https://it.wikipedia.org/wiki/Chiesa_di_Santa_Lucia_(Treviso)
photo: https://it.wikipedia.org/wiki/Chiesa_di_Santa_Lucia_(Treviso)#/media/File:Chiese_di_San_Vito_e_Santa_Lucia_(Treviso)_-_Viste_della_Piazza_San_vito.jpg 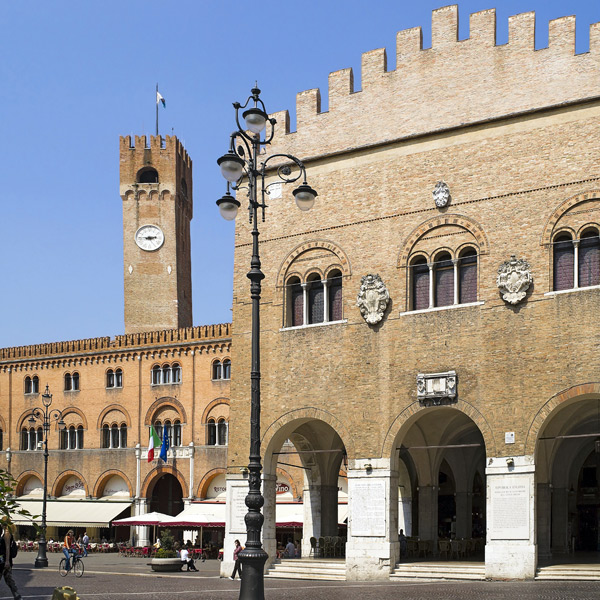 It is the most important square in Treviso, located in the heart of the city and its cultural, historical and social center. Some of the most important historical buildings of the city are on Piazza dei Signori: Palazzo del Podestà, with the Civic Tower, the seat of the 13th century Signoria; Palazzo del Trecento, an ancient seat of the Major Council, severely damaged during the Treviso bombing of April 7, 1944, regained its primitive appearance thanks to a careful restoration. The city's historic center, still enclosed by the Renaissance walls, largely retains the typical medieval urban layout, characterized by narrow streets and irregular streets. Archaeological excavations have made it possible to identify in this guide the ancient peak of Roman Tarvisium. It is believed that the Decumanus, on the other hand, is to be identified in the present Way of Martyrs of Freedom; The crossing point, and probable hole location, corresponds to the current Carducci square, near the Loggia dei Cavalieri. Source: https://it.wikipedia.org/wiki/Piazza_dei_Signori_(Treviso) 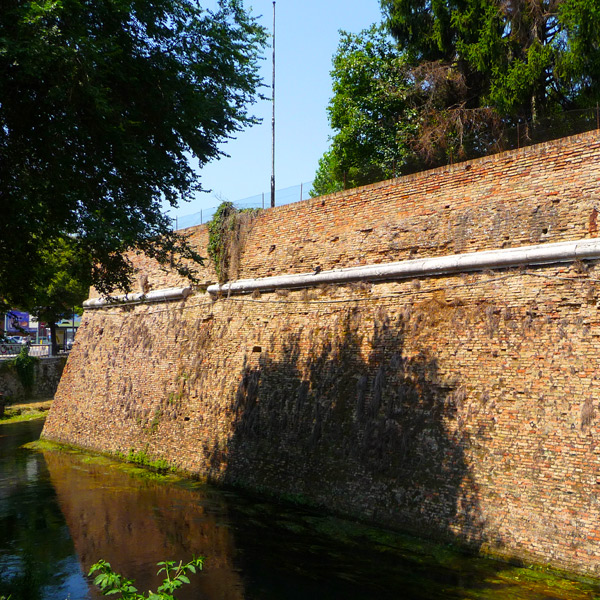 From the 14th century, there are the tall walls of the city of Treviso and, once, there were 12 gates to access the city. Remains of this city wall are still visible today in the 16th century wall at the Altinia door. Today, thanks to a careful restoration, the gates of St. Thomas and Saints Fort are well preserved. On the long walk on the walls today, Treviso people use strolls, sports or take a break from where to admire the city's roofs. Source: https://it.wikipedia.org/wiki/Mura_di_Treviso 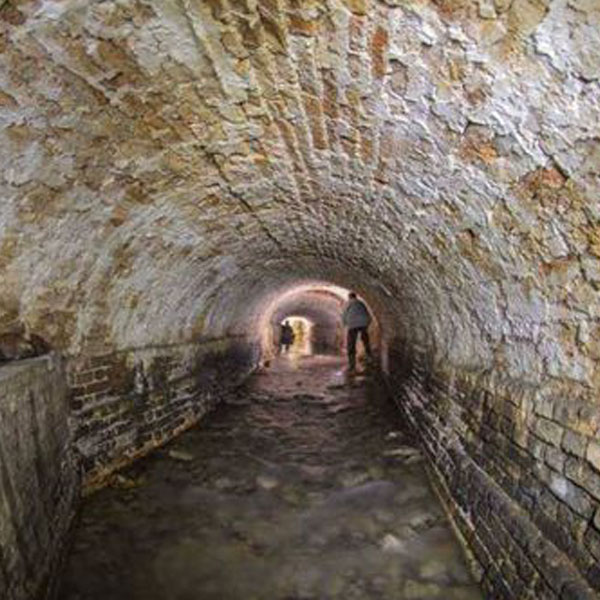 Cuniculi, cellars, tombs, cisterns and ancient dust collectors rich in archaeological finds are slowly emerging from the Treviso subsoil. During the first experimental visits of 2015, more than a thousand visitors have finally been able to admire the first section of the Renaissance walls to discover the underground under the bastions and the basement of the doors of the ancient Venetian fortress. http://www.trevisosotterranea.it/citta-sotterranee/
photo: http://www.trevisotoday.it/eventi/treviso-sotterranea-stefanini-febbraio-2016.html 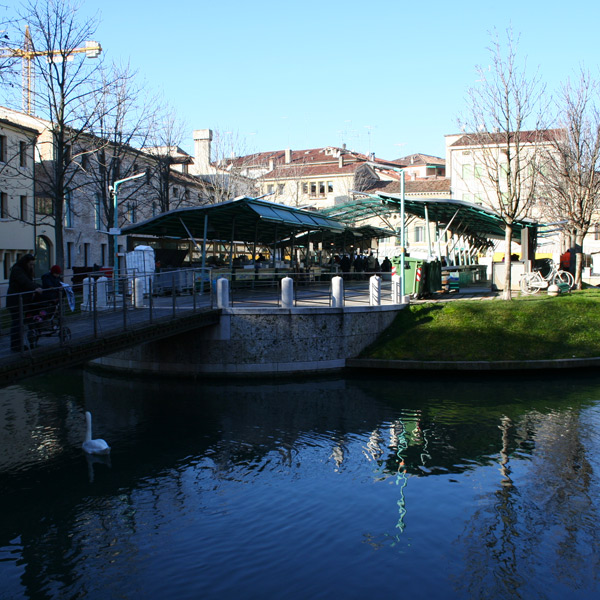 The Island of Pescheria is a real piece of history in Treviso: for 158 years, it is home to the main fish market in the city. In 1856 it was moved by the nearby piazza dei Signori. The area was becoming too busy, and increasingly 'urbanized' to accommodate what was the biggest fish market in the city. Even today it is the pulsating heart of the city, with the busy fish market in the morning, with local restaurants and restaurants that animate the city in the evening. Source: news.fidelityhouse.eu/viaggi/isola-della-pescheria-treviso-54992.html 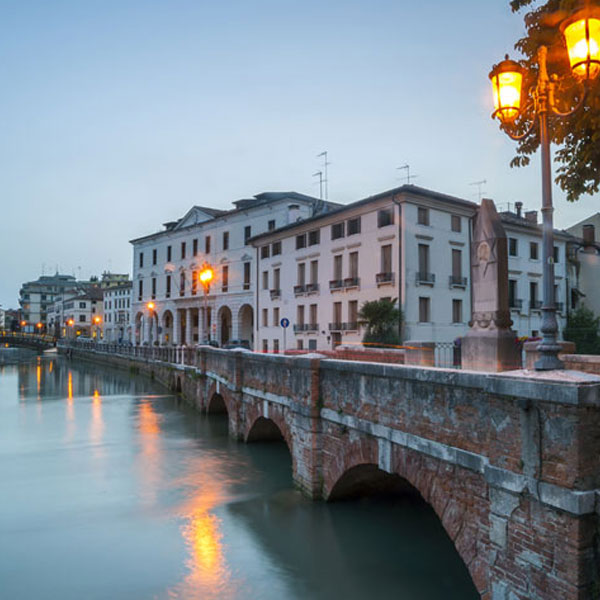 The city rises in an area rich in water resources, many of which are in fact the spring sources. Within the same communal territory some rivers are born, the most important being the Botteniga. The latter, after receiving the waters of Pegorile and Piavesella, goes beyond the city walls and then divides into the various branches, called cagnani that characterize the old town. However, the main waterway is Sile, the longest resumed river in Italy and Europe. Source: https://it.wikipedia.org/wiki/Treviso 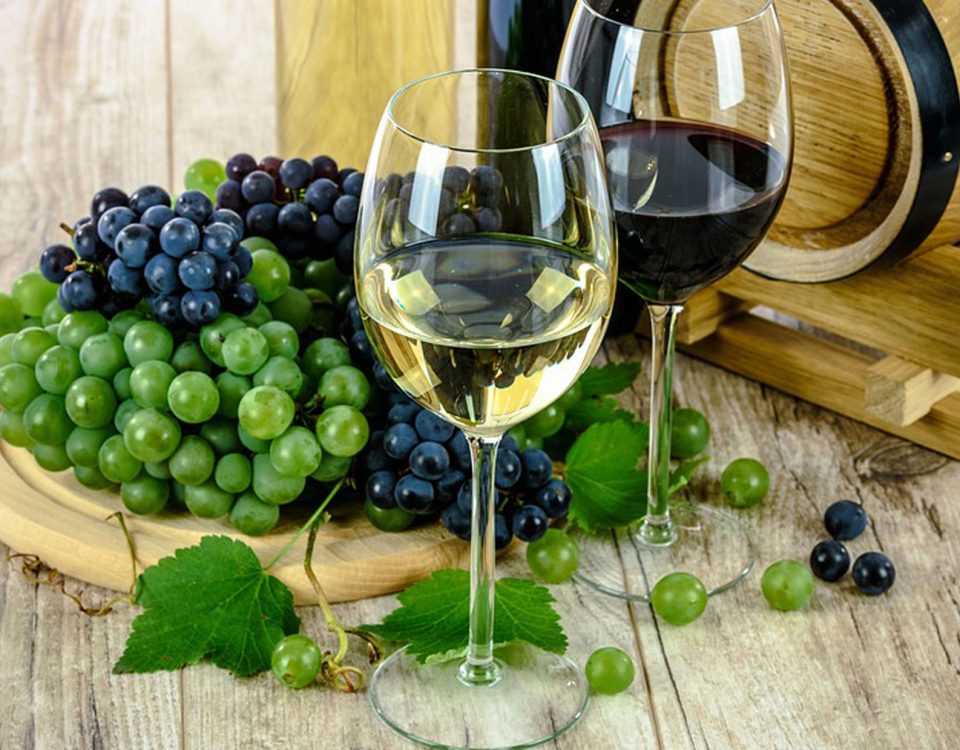 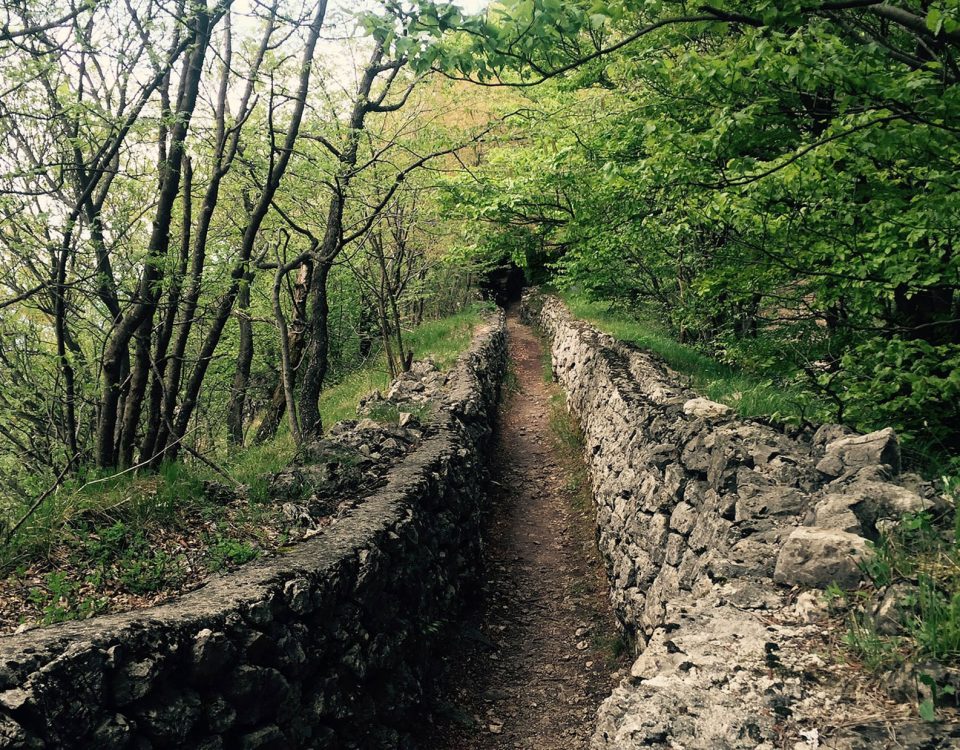 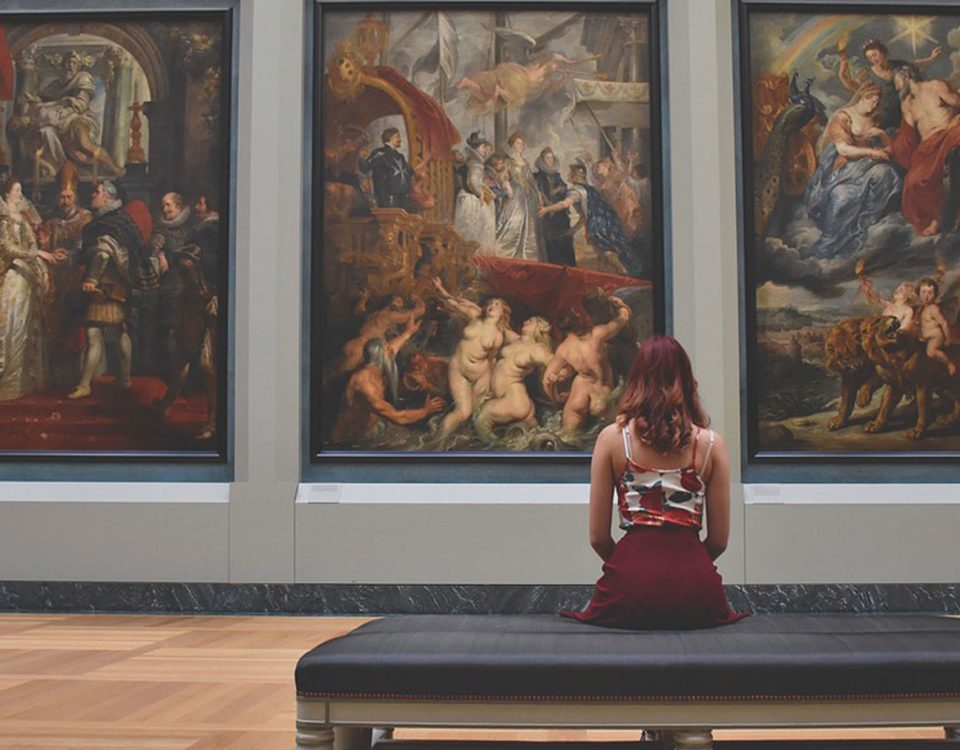